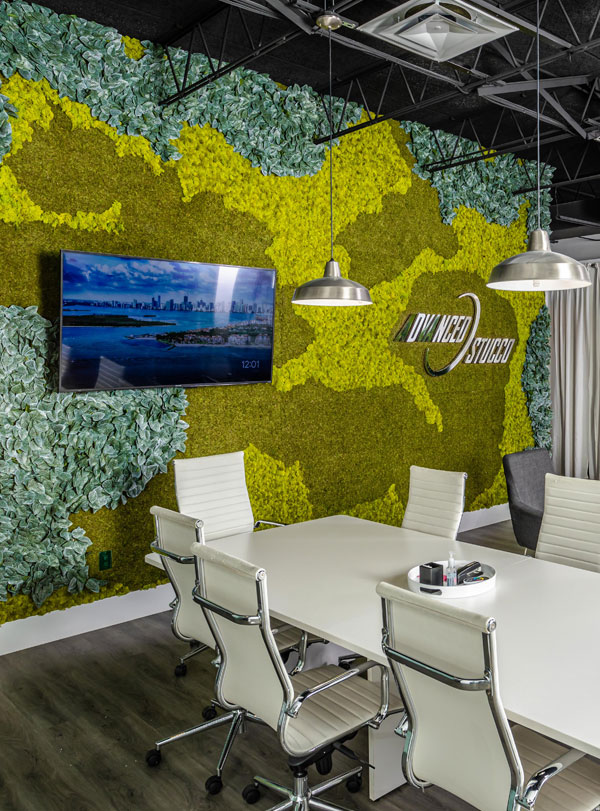 Joe Brooks thrives on creating other people’s visions, even when those visions seem impossible.

Brooks started working for a friend’s dad in the construction business when he was in his 20’s and decided pretty quickly that he wanted to own his own company. He started Advanced Stucco in 1995 with two employees. Today, Advanced Stucco is an industry leader and one of the largest stucco providers in the United States.

With massive projects like the Guitar Hotel at the Hard Rock Hotel & Casino and the billion-dollar renovation of the Broward County Convention Center complete, developers and general contractors trust Advanced Stucco to be able to handle these complex commercial projects.

Advanced Stucco is known for being on the forefront of technology and products in this industry. We have the latest tools when it comes to modeling, estimating and application.

“We are the first to learn about new products and we are not afraid to try them. It allows us to take on detailed projects and deliver quality and excellence every time,” says Brooks.

Advanced Stucco is also an award-winning company, named one of the Top 50 Contractors by Walls and Ceilings Magazine and honored with numerous Craftsmanship Awards by the Construction Association of South Florida (CASF) and Community Appearance Awards by cities like Fort Lauderdale. We are a member of CASF, Associated Builders and Contractors Florida East Coast Chapter (ABC), and the United States Green Building Council (USGBC). We are also a certified installer for Dupont and EIFS-licensed throughout the state of Florida and the Caribbean. 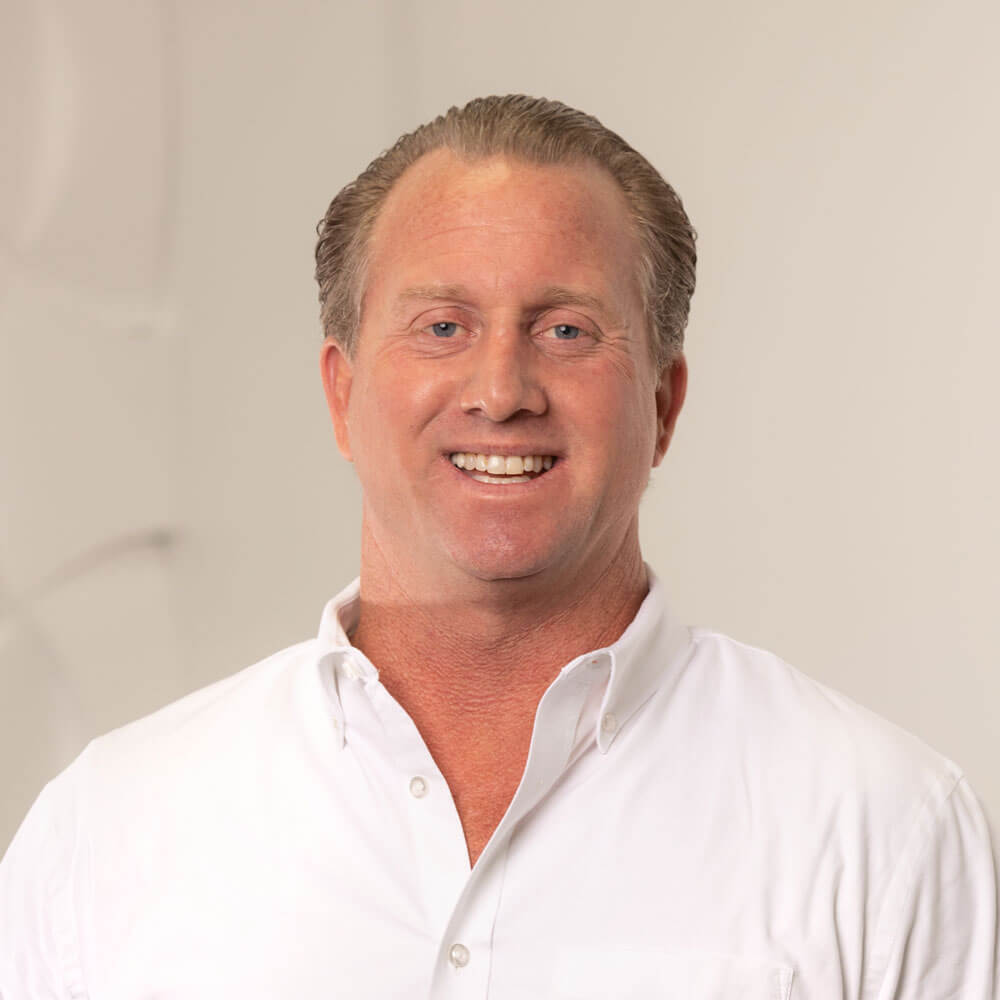 Joe Brooks is the heart and soul of Advanced Stucco. The South Florida native founded the company in 1995 with 2 employees. Since then, he has grown Advanced Stucco into one of the largest and most successful stucco contracting companies in the US.

He is a visionary and loves the creative side of taking a concrete block high-rise and making it beautiful. He also understands the risk of this industry.

“There are no guarantees or recurring revenue streams in this business. Every year, you start at zero and have to work hard to build your backlog of future projects,” says Joe.

“After 26 years, I still love coming to work each day. I love when the phone rings and having no idea what project is waiting on the other end of the line,” says Joe. 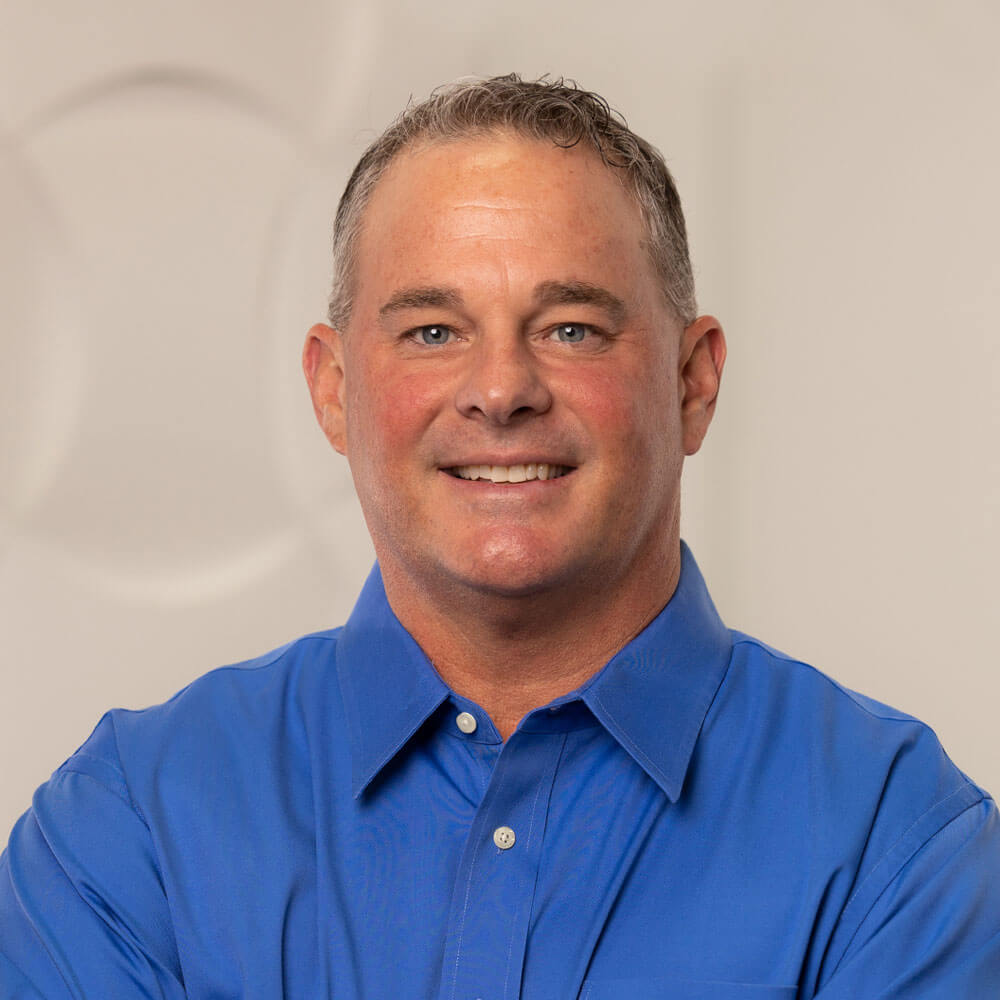 Guy has more than 27 years of experience working for general contractors throughout the South Florida market. He is best known for his high-level leadership and his work on large scale projects that require an in-depth knowledge of different construction methods and applications.

His success lies in the ability to integrate the “bigger picture” ideas and maximize the team strengths to provide a high-quality product.  Quality control has been a strength for Guy, as he uses this knowledge to help lead Advanced Stucco into new markets and different segments within the industry.

Guy graduated from the School of Building Construction at the University of Florida, and is affiliated with most construction networks in the South Florida market. He is also actively involved in helping run the Fort Lauderdale Little League as a board member and coach for almost 8 years. 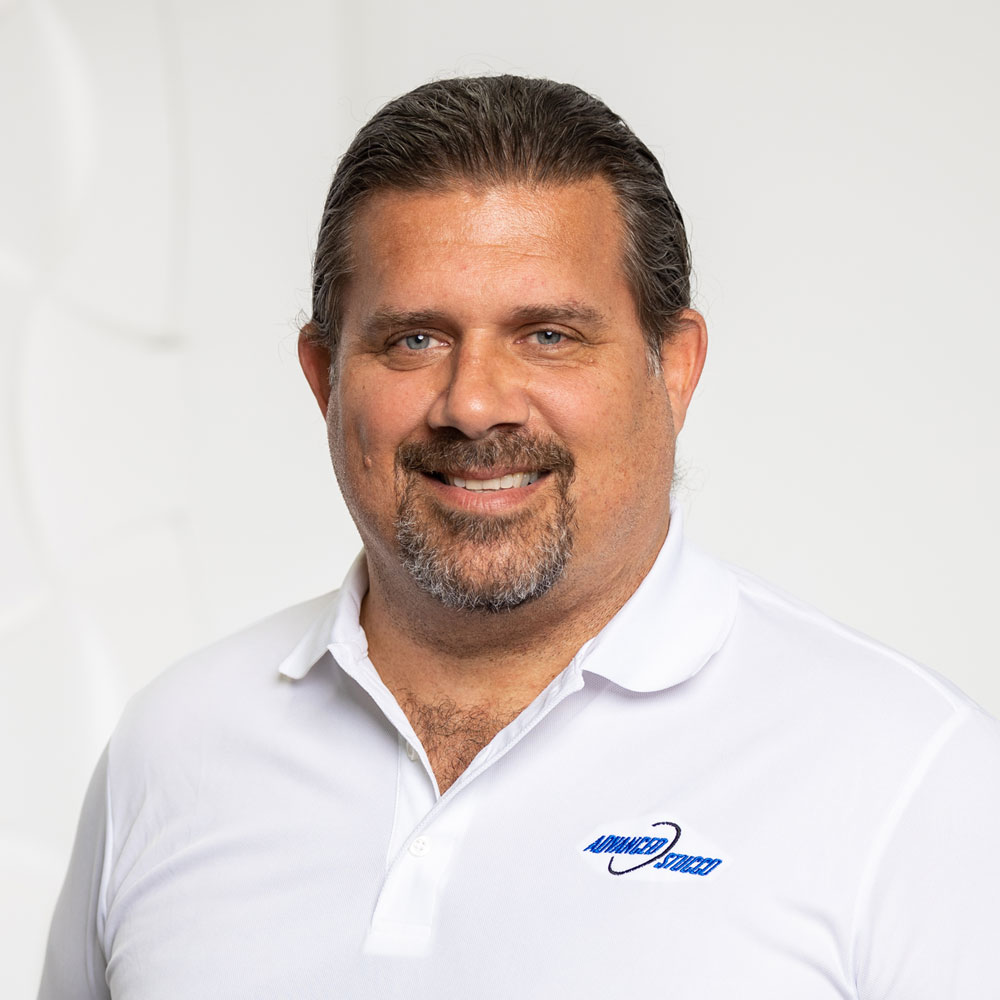 Director of Quality Control and Safety

Hugo Silsby has done it all: from construction to accounting and football to firefighting. The New Jersey native moved to South Florida when he was 11. A graduate of Cardinal Gibbons High School in Fort Lauderdale, he went to the University of Connecticut on a football scholarship. Before getting into construction, he was a firefighter and ladder truck driver for the city of North Charleston, SC. Hugo has also worn many hats in the construction industry: GC management, project management, field supervision, safety enforcement and even billing. That’s why he is perfect for our Director of Quality Control and Safety position. He oversees active projects and the transition of new projects at Advanced Stucco. In addition, he coordinates safety training for employees and vendors, assists project managers with field planning and is continuously assessing job sites for quality and safety. His work is recognized for helping companies boost their financial health, quality control and job site safety.  “Every day is different from the next and requires a different skill set to create a positive outcome. I feel like I’m needed here at Advanced Stucco. It doesn’t get much better than that.” 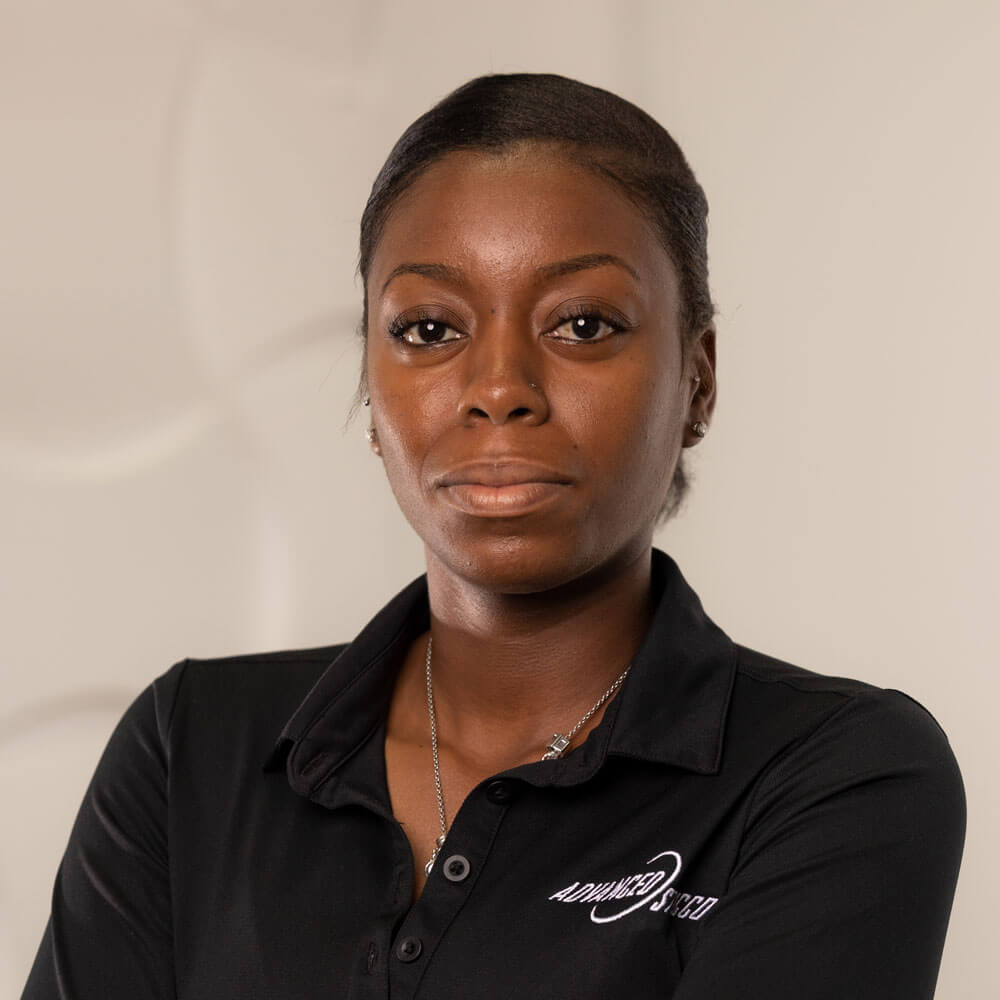 Kissyann’s passion for construction can be traced back to her childhood in Jamaica. Her father owns and operates his own construction company on the island nation and she worked side-by-side with him to learn the business. Kissyann came to Advanced Stucco in 2015 as an intern after graduating with a degree in construction management from Florida International University (FIU) and has worked her way up to become a project manager. 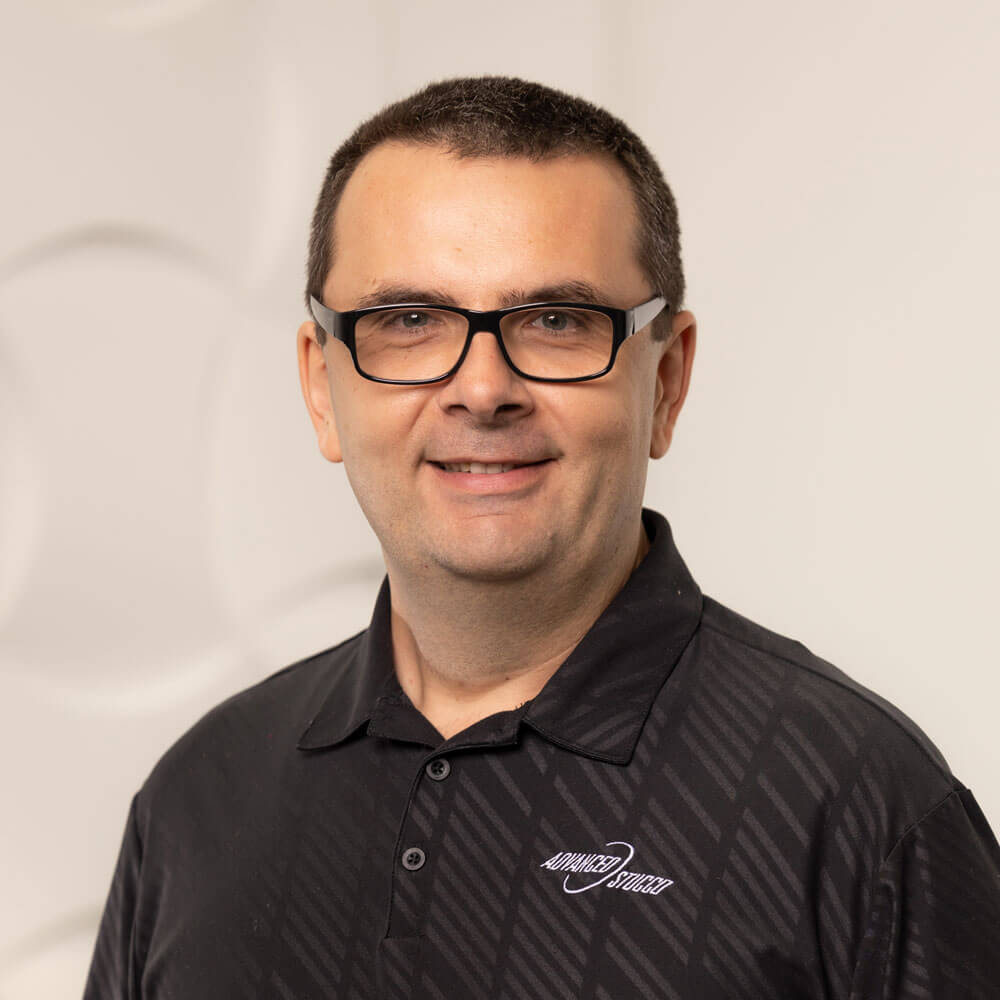 Marjan loves the challenge of overseeing all phases of the building process from plans and labor to budget and beyond. He has a bachelor’s degree in engineering and more than 15 years experience. Marjan is hard working, a team builder and devoted to quality and service in his job. He says, “I like being part of the final look of a building that will be there for a long time to come.” 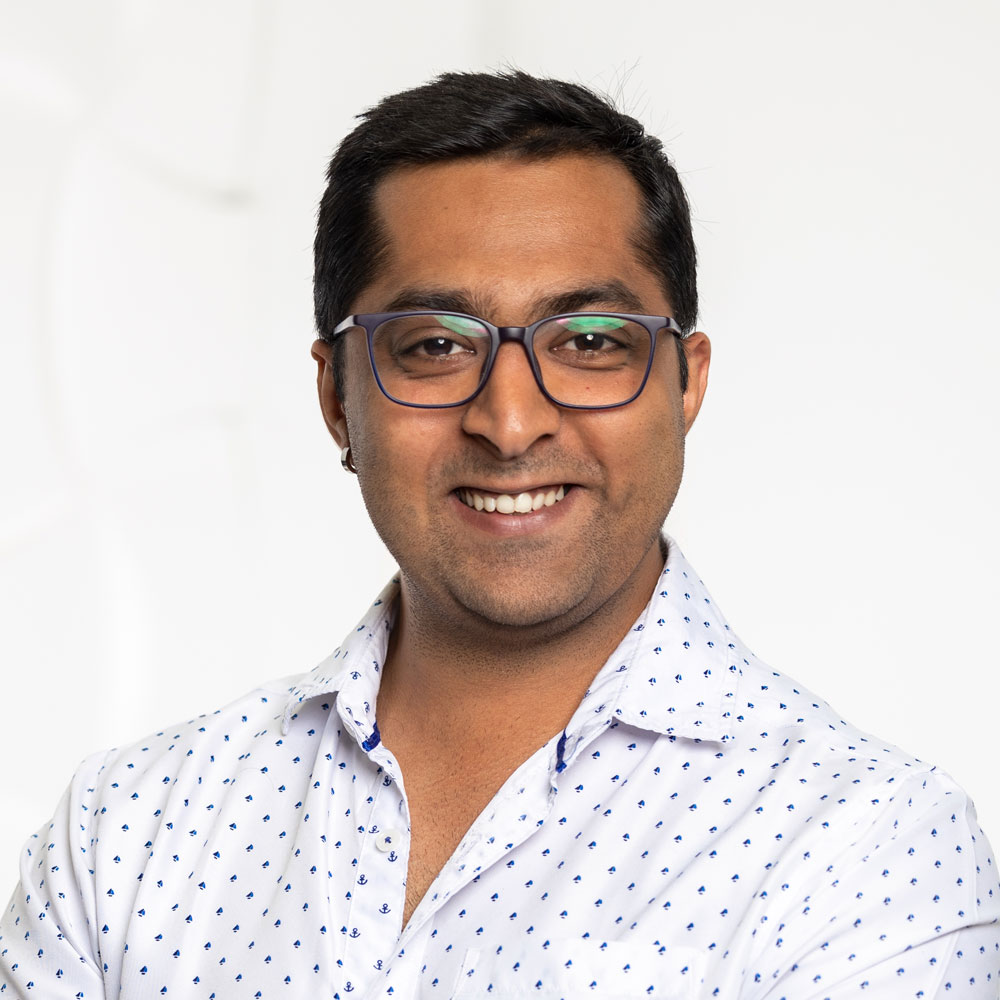 Shubham Amritkar has construction in his blood. His family owns a construction company in Nashik, India and he hopes to return to his native country one day and grow the family business after gaining experience here in South Florida. He started at Advanced Stucco in 2019 as an Estimator after completing his Masters in Construction Management from Northeastern University in Boston and completing an internship with a flooring subcontractor in the Northeast. As a project manager and estimator, he not only bids the project, but also helps build it.

“I like the fact that I get to work with well-seasoned co-workers who trust me and have helped me grow professionally.”

Shubham is also a photographer, scuba diver and avid traveler. 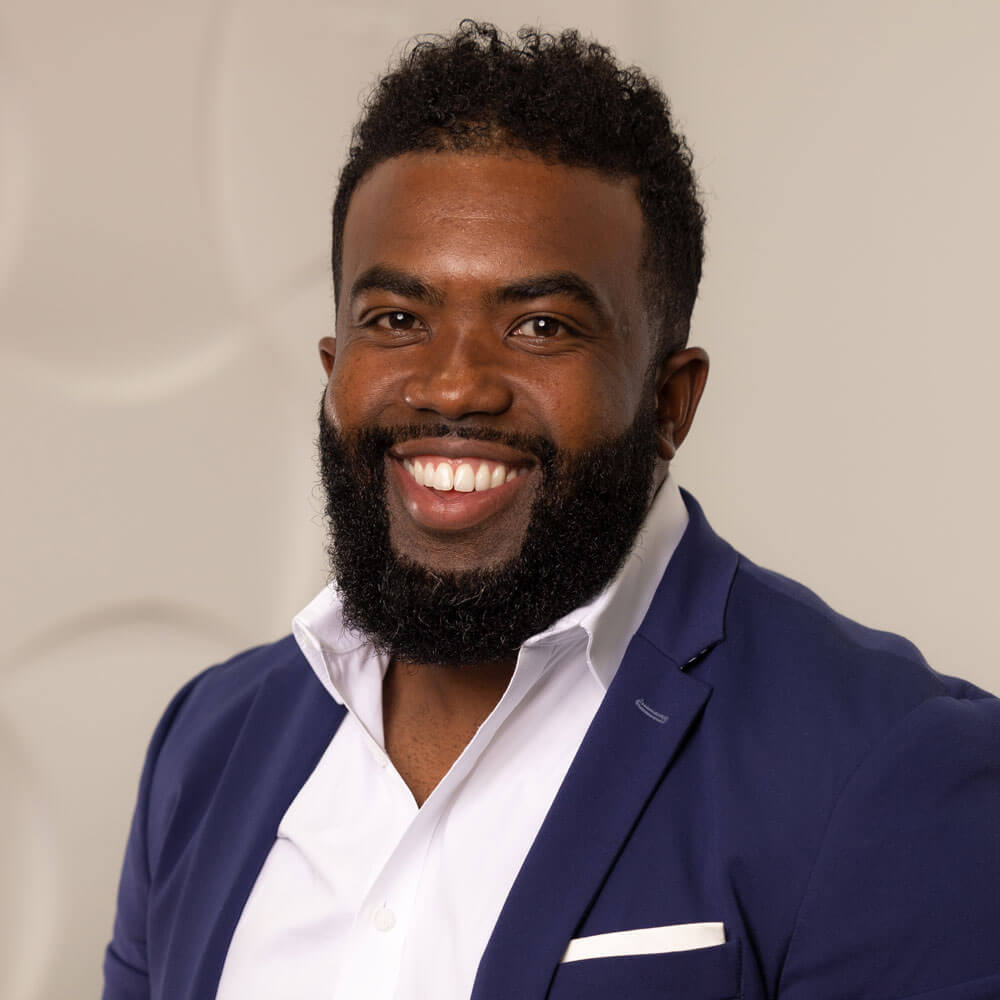 Darrell’s main responsibility is overseeing the estimating process for all projects. He opens the line of communication between clients, customers, and businesses during pre-construction and is in tune with every single phase of the project from start to completion. Darrell has a Master’s Degree in Construction Management from FIU and has been an Estimator for over a decade. His favorite part of the job is meeting new people and experiencing the successful completion of the projects. He enjoys playing puzzle and word games in his spare time, as it helps him to develop his concentration and grow positive energy. 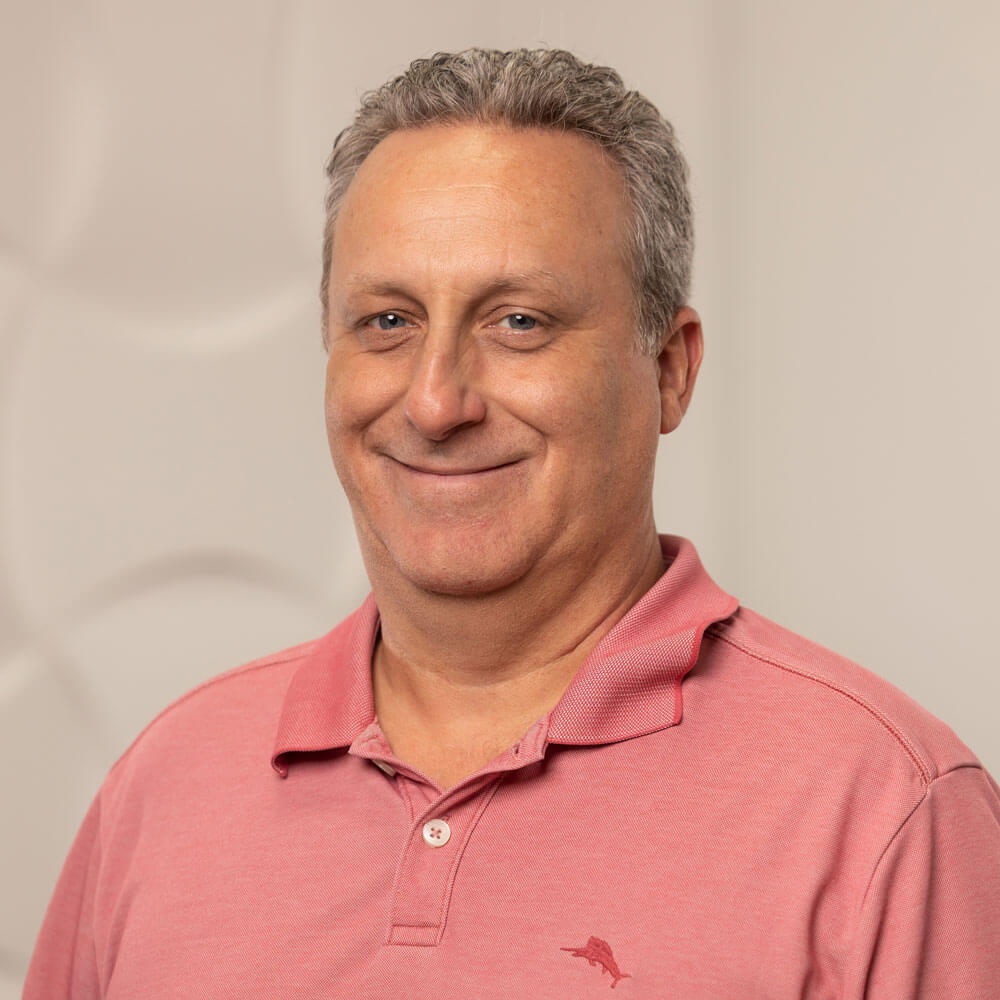 Michael is the “Swiss army knife” of Advanced Stucco. His colleagues say he is the go-to guy and a jack-of-all-trades, who specializes in tech-related issues. If you have a question, Michael can probably answer it. The construction industry veteran has experience as a superintendent, project manager, and estimator. A little birdy also told us that if you’re having a tailgate, you should invite Michael. “He is the tailgate master!” 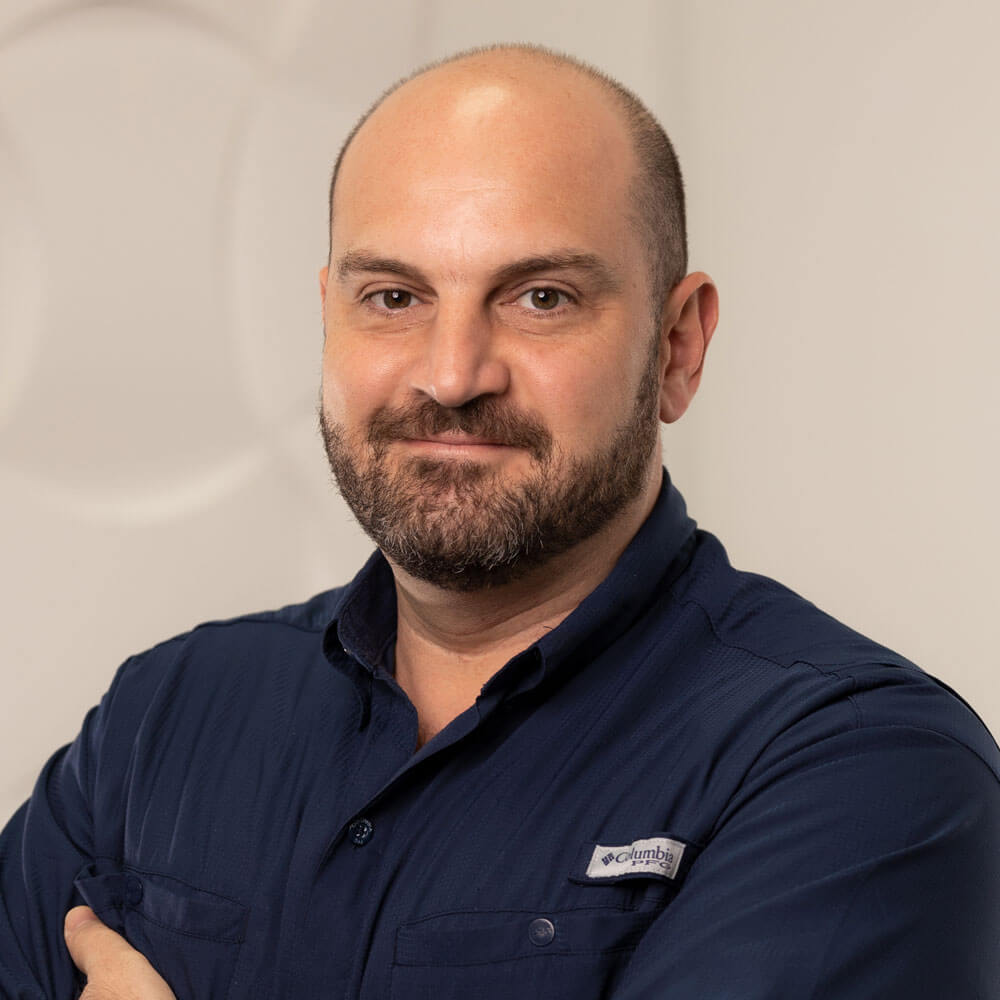 Fouad’s passion is construction. The civil engineer has been in the construction business for 20 years and thrives on “accepting new challenges”. He absolutely loves all of the new projects he gets to be involved in with Advanced Stucco and says he is proud to be a part of this talented team. “It’s a cool place to work. What a great environment!” 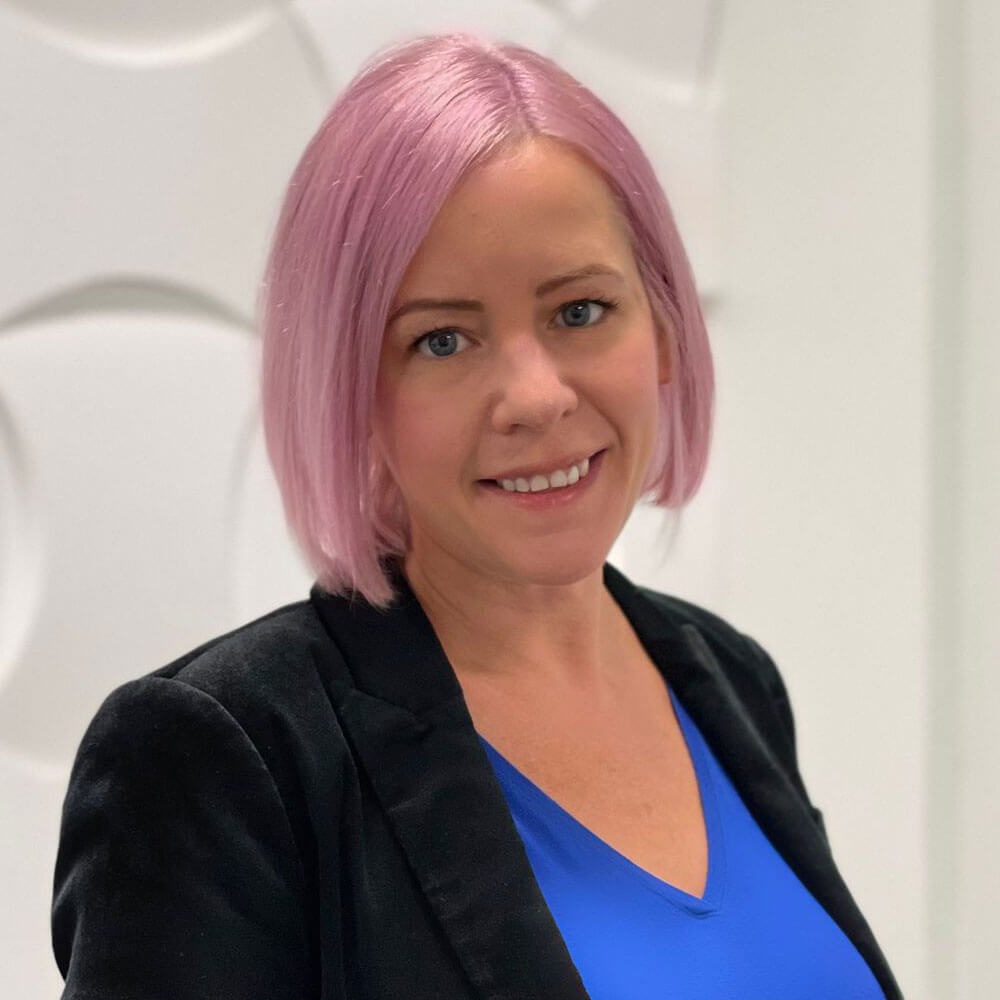 When you think of an accounting specialist, you may not picture someone with pink hair, but Genevieve isn’t your average number cruncher. She has a degree in Information Management Systems and pays all of the bills at Advanced Stucco, but she may show up at work with a different hair color tomorrow. Her favorite things about working at Advanced Stucco are the people and the office dynamic. “There is an energy here that is always present. My days are busy and the time flies by.” 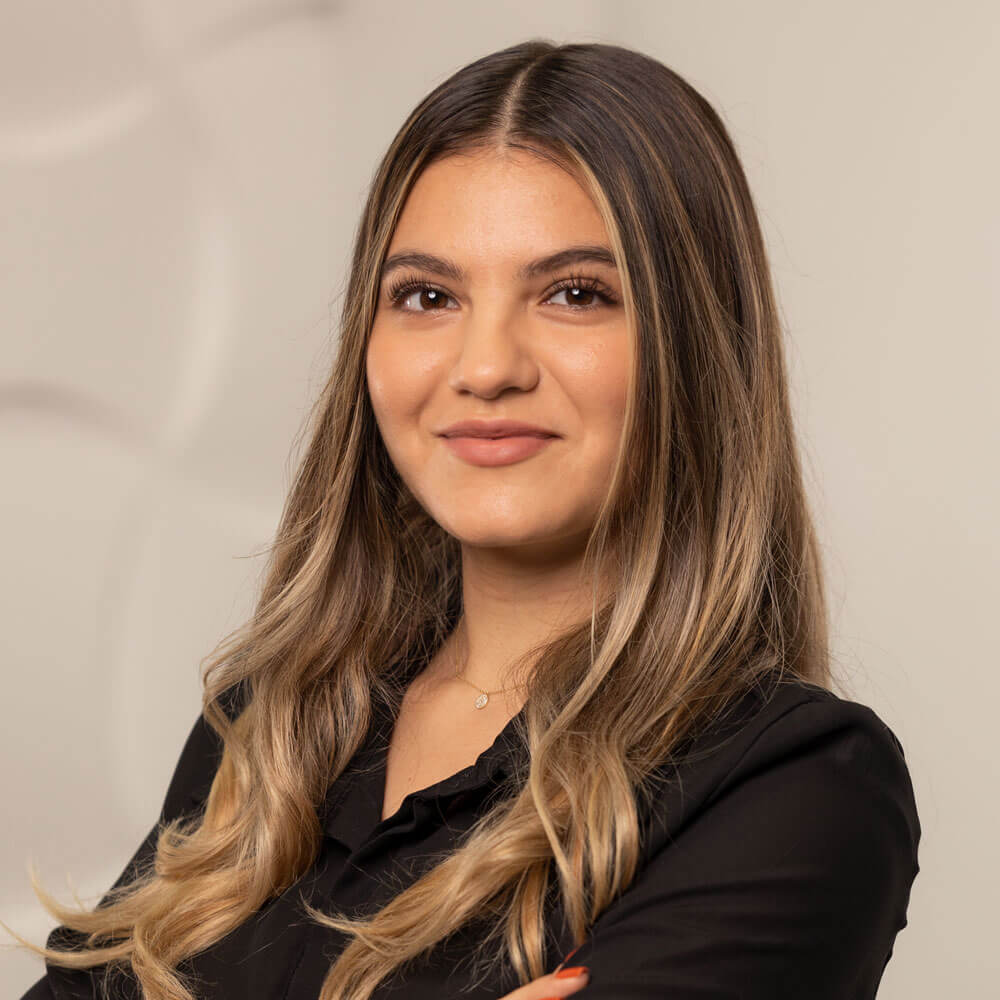 Nikki is a self-proclaimed “workaholic”, but when she does have free time – you can find her on Zillow. Real estate is her hobby. She has been in accounting and human resources in the construction business for most of her career, but especially loves the environment, team and opportunities at Advanced Stucco. 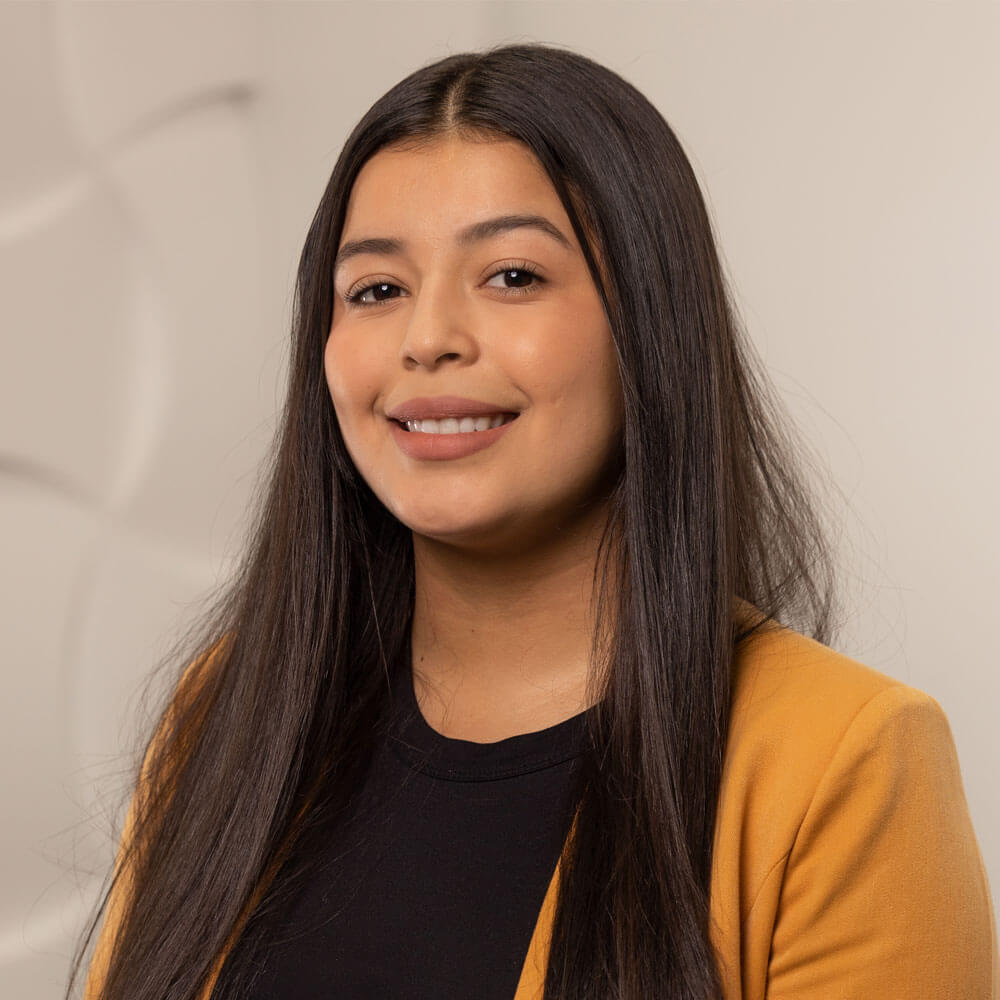 Lina is one of the newest members of the Advanced Stucco team. She keeps everyone organized and in line. “People listen to her,” said one of her co-workers. The Broward Community College Business Analytics and Digital Marketing student says the best thing about working at Advanced Stucco is the culture and the “free food.”